Bald Mountain is located near the subway Vydubychi, vysyaschayasya between Saperna Slobodka, Bagrinovoy mountain and Lower Telicka – place special. Despite the fact that now the Bald Mountain (or as it is often called “Lyska”) is located in the city, still it keeps many secrets, waiting for his serious and sober researcher. Someone who can separate the truth from the myths, urban legends and rumors, more than a century of soaring Bald Mountain. Rumor has it (however without providing real evidence) that in the days of pagan Russia was then the temple and the priests performed their secret ceremonies. Some argue that it was not without sacrifice … However, if you look at the border of Kiev at the time, it becomes quite obvious that the Bald Mountain is located at a considerable distance from the city limits, so why ancestors pagan temple to arrange so far from the city when Kiev itself there were many? I’m afraid that the answer to the question of whether to hold in pre-Christian period, and after the ceremonies on Bald Mountain and flew there on a coven can only centuries-old oaks. Living witnesses of past bygone days – some time and damaged by fires, but appear to be more than impressive. By the way, Bald Mountain is not so Lysa, as it may seem – at least during the warmer months, it spills all shades of green, closer to the fall become indescribably beautiful and romantic.

As confirmed by the history of Bald Mountain, it is no less interesting than all the rumors together. Few of the people of Kiev knows that Bald Mountain is part of the fortress on the hill – one of the most impressive fortifications in the world and certainly the largest in Europe! It all started with the fact that at the beginning of the XIX century, when the Bald Mountain was part of old Kiev-Pechersk fortress, the public concerned about the alarming proximity to the Austro-Hungarian empires. And boil construction: in the years 1810-1812 Zverinetsky erect a fort, then, in the year 1831-1844 to it is added Vasilkovskoe strengthening and about the same time strengthening The hospital building. And that’s only military targets, and there are numerous auxiliary buildings (barracks, stables, various workshops …) between them. About Bald Mountain remembered in 1869 when the military engineer, General Eduard Totleben proposed to create a system around Kiev from 27 (!) Of the forts, virtually turning the city into a fortress. How justified this decision was difficult to judge, because back in those days the people of Kiev were against such a grand building. Thus, Andrey Nikolaevich Ants (brother of the famous Decembrist) wrote in his memoirs: “The strange fate of Kiev. Here is the fourth fort erected to protect it in the course of 160 years, and yet none of them has not developed to take advantage of it … this city of the terrible defense, rather than attack the most. ” As a result, after much debate it was decided to build a fortress on the hill alone.

What was built on Bald Mountain, and beneath it? It is surprising, but there is no publicly available materials, clearly describing, so what is a fortress on the hill with the military-engineering point of view. Even in the days of its inception, all the documents were classified, at the smallest, as we now say, the removal of information in times of peace talker or a spy waiting exile in Siberia, and in the military – execution. It is known that earth ramparts fortress on the hill 12 meters, and between them for quick communication between different points of the fort built tunnels (called footway), about 40 meters long. Fort was a serious obstacle for a possible enemy: at the same time it could be a few thousand soldiers secured all necessary, because next to the Bald Mountain has numerous barracks, hospitals, buildings and engineering parts TP still preserved the names of streets and Sapper Slobodka Saperno-Sloboda – a legacy of the time. And besides, in reservoirs located on the territory of the fort pumped water, and in case of need the tunnels of the fort can be closed bars. Running a little ahead, yet I note that Bald Mountain stormed twice: the first time in December 1919, the Red Army regiment Bogunskiy up the slopes, unopposed by Denikin’s troops; and the second – during the Second World War.

Bitter irony: by the end of the XIX century fortress on the hill has become obsolete in terms of military affairs and has turned into … a prison and place of execution. After the death penalty contained in Diagon caponier Fort criminals were taken early in the morning on Bald Mountain, which was executed from 1905 to 1917 (mostly by hanging) more than 200 prisoners. In particular, it is known that it is the Bald Mountain was hanged in September 1911 the murderer of Stolypin – Dmitry Bogrov. Maybe that’s why Bald Mountain as a kind of frontal space, a kind of Kiev Place de Greve, there was such a sinister reputation? It is possible, because the people of Kiev in every way to avoid encounters with black coach traveling from Diagon caponier to Bald Mountain – see the hangman’s not good … but up to now has reached one of the circular fort chiefs, which states: “Before going to the guard officer must alert soldier, that he did not hesitate to obscure noise – the only wind and the cries of night birds. ” This means that something or someone is still rustled in the trees?

Meanwhile, since the beginning of the revolutionary events and up to 30-ies of XX century on the Bald Mountain was quiet, and only then “Main Special Construction Works” is taken as the deepening of old buildings under the Bald Mountain, later allegedly organized secret there … tankostroitelny or tank repair plant. Why “supposedly”? Yes, because the plant – rather big structure, the more tank repair, it would mean the creation of almost a hollow structure inside the mountain. Despite the fact that a number of sources indicate that the plant was built and still successfully working not only to war but also during the German occupation (even for their needs), evidence or documents proving the existence of a secret factory, no. It would seem – to begin excavations and all will become clear, but it is not only the high cost of such a study, but that seems to be concreted and mined (and according to some sources and flooded) plant at the retreat of German troops. In Ukraine, only one object the occupation underwent as thorough “conservation” – 8-storey bunker, Rivne Ukraine bid Gauleiter Erich Koch. After the liberation of Kiev everything about this strange object was classified – in 1943 during the capture of the fortress on the hill of the city was severely damaged structures, and in peacetime of tanks pumped water. And they set on Bald Mountain radio engineering aerial – the famous “jammers” and the area was surrounded by barbed wire.

Prior to 1976, to get to protected military Bald Mountain was not easy, but then the Bald Mountain was transferred to the city authorities, they were taken out military property and guard removed. However, rumors and urban horror story does not end there – they say, as if in the caves under the mountain was arranged by the “graveyard” of radioactive waste, which were taken after the Chernobyl accident. To me this seems unlikely, because in 1982 on Bald Mountain Natural Landscape Park, in honor of which the base near the summit established a memorial stone was set up. This stone was waiting unenviable fate: 80 years of XX century, who just did not leave it memorable inscriptions in the style of “Bob and Darling were here.” Then they use up the stone the names of rock bands and other appeals, and only recently have resulted in relative order. I do not know how long …

What is the Bald Mountain today? In general, it is very quiet, peaceful place where you can have a great day, however, provisions and drinking have to be purchased in advance, because no stalls, shops and other establishments obschepitovskie on Bald Mountain is not. But here you can not just sit in the shade of centuries-old oak, but also to meet the squirrels, rabbits, even foxes. Bald Mountain is equally good in almost all seasons, exclude only the fall-spring thaw, when her path impassable. Comfortable clothes and sports shoes – whatever it takes tourists coming as part of a tour group, with friends or by yourself. On Bald Mountain built a pagan temple, which is the spring trying to burn some vandals, but fortunately, not burned down. But under the mountain is the idol of Veles. Interestingly, if 10 years ago Lyska was a favorite place and role of the informal party, and now worship the pagan gods often come and representatives of nationalist and right-wing circles. However, no matter who came to Bald Mountain (and here are trained cyclists, climbers, roleplayers, conduct promotions and environmental studies), all find a place. Any one time, do not shoot birds and animals, do not break trees and burn the temples – attitude towards nature and the idols of Bald Mountain with care and respect, and the spirits of the place will be friendly to you. 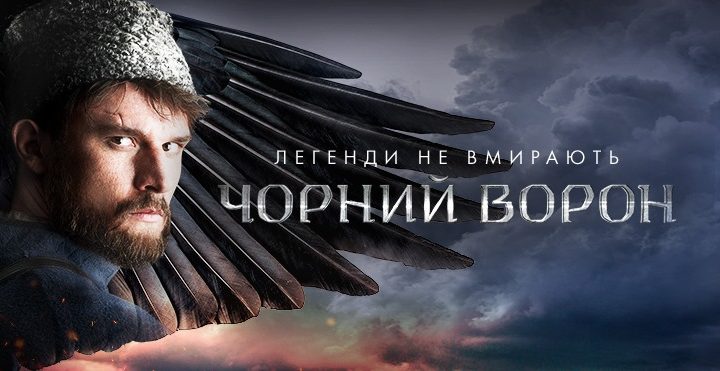 Made in Ukraine (ua) Історія Суспільство 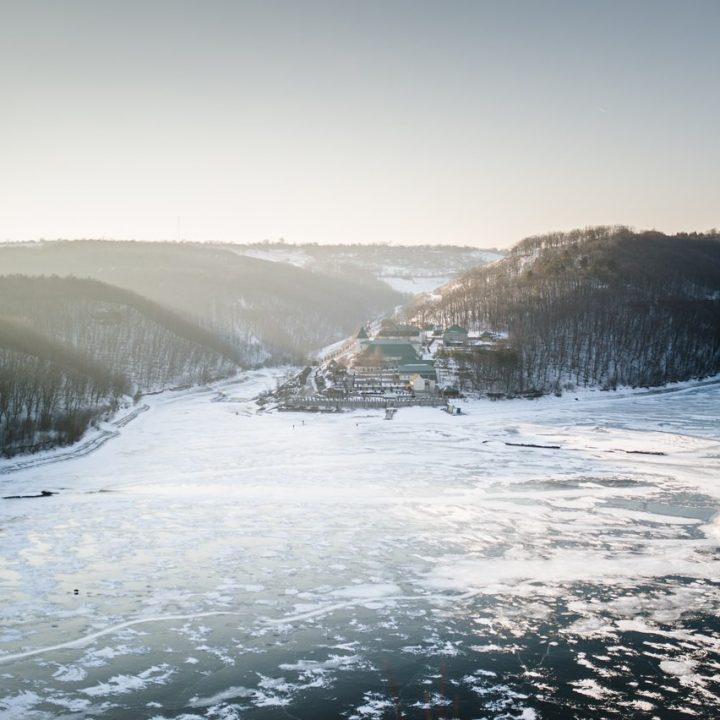 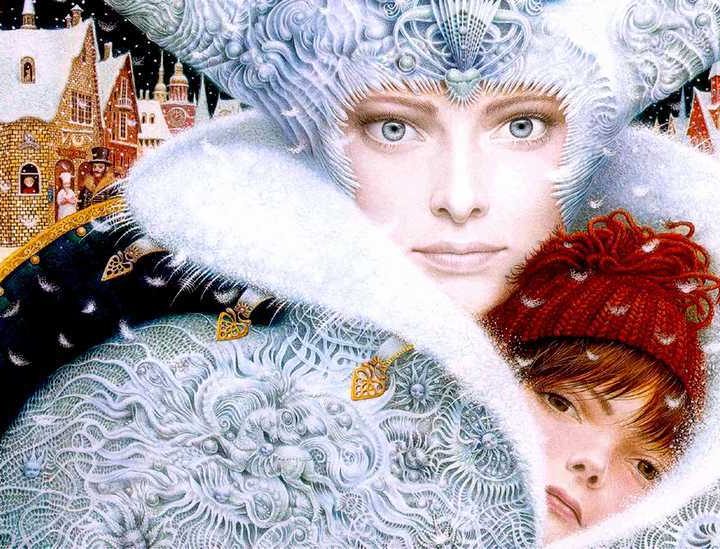