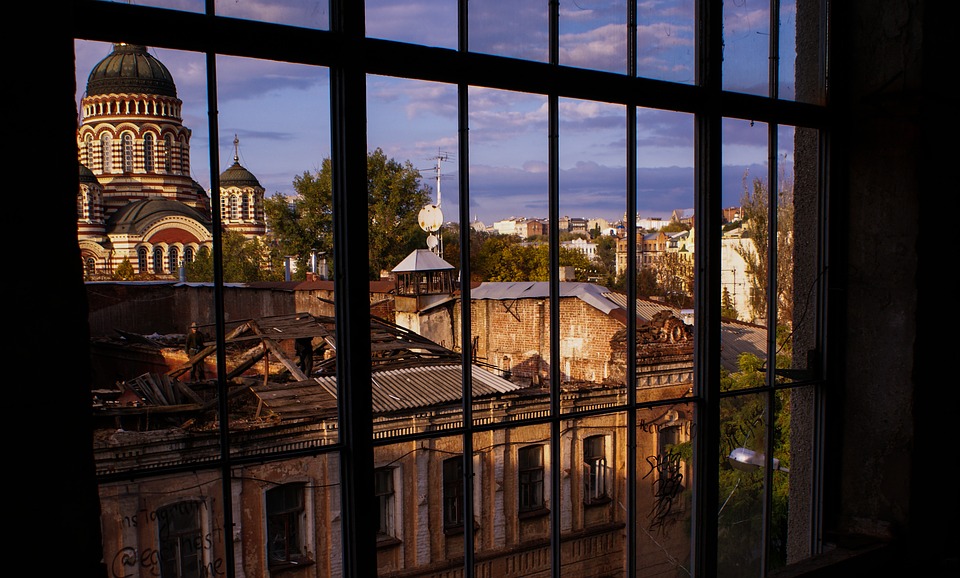 Kharkiv is deservedly one of the ten most beautiful cities of Ukraine. Surprisingly, Kharkiv is traditionally a cosmopolitan city: here are living representatives of 111 nationalities. Kharkiv is a city with a lot of student. Kids dream to be players “Metalist” in Kharkiv. People are sincerely happy to each other. The air is filled with freedom, and nobody puts barriers.

Where to stay in Kharkiv

The ‘’Park Hotel’’ and “Kharkiv” is located in the heart of the city. ‘’Mirax Boutique Hotel’’ is located on Moskovsky Prospect, so get to it will be convenient as for  traveler in a car, and other tourists. In addition, it is possible to rent an apartment and enjoy the journey in comfort.

Kharkiv is the student city, and therefore it is unpredictable. Famous musical fountain is located on the forecourt, near which couples love to be photographed, it is considered the property of the city.

Travelling in the surroundings of Kharkiv, certainly you get to the square of the Constitution, which has gained popularity over the monument “Five are the refrigerator” the famous Thermometer, fiddler on the roof and other architectural delights. Climbing up from the square, you can see the famous Mirror Stream, and the Victory Square.

By the way, in Kharkov yo can see the largest square in Europe – Liberty Square.

Gorky park the first thing that catches the eye – the longest cable car, whose length is 1387 meters. Having been on a cable car, inadvertently tries to interest in the Ferris wheel, even though it is fanned by various urban legends.

Gorky park the first thing that catches the eye – the longest cable car, whose length is 1387 meters. Having been on a cable car, inadvertently tries to interest in the Ferris wheel, even though it is fanned by various urban legends.

Fountain “Mirror stream” – one of the most striking symbols of Kharkov. The construction is decorated with 135 projectors that light up in different colors and shades that, in my opinion, is very beautiful.

“House with a spire” – a real house, built in the style of “Stalin’s empire”. This structure is included in the “7 Wonders of Kharkov” the list is not in vain, and to find out the reason, you just need to get on a tour.

Many well-known performers give concerts at this historic stadium. For example, “Okean Elzy” presented a new album in early summer.

Who is he? Alexei Beketov is a well-known and respected architect. Now the house, which belonged to the last century academician located the House of Scientists and quite by accident!

The exposition of the museum is devoted entirely to the sexual culture of all cultures of the world. The museum was opened in the distant 1999.

In appearance – this incredible fairy-tale castle, but not so simple. Visiting Sharovsky castle, you will plunge into the mysterious world, a real fairytale, timeless.

In the Kharkiv region in Kehychivka Raion about Antonovka village is situated a salt lake with an interesting history of its appearance, enigmatic and mysterious. In the place where now the lake is, previously attempted to produce natural gas. Local say that the depth of the lake actually is 2.5 km away.

Alekseevskaya castle – is one of the Ukrainian defense line of fortifications, founded over 280 years ago. The place is really historic. Be patient and a pair of sneakers handy to go to conquer the fortress.

“Spasov Skit” – is the name of a seemingly normal stop on the route for the train route. In fact, the station is named after one of the biggest disasters in the history of the Russian railways. With the rail came down train, which drove the Russian Emperor Alexander III and his family back in 1888. However, Alexander III and his family narrowly escaped.

It is known that the estate Kharkov popular all over the world. A two-storey palace was built in a style typical of the Classical period. The southern facade of the palace overlooking the park, the north – to the driveway courtyard. To the left and right adjacent to the palace of two one-story house, one of which once served as a library, the other – home to guests.

We also encourage you to visit the recreation “Korobky” on the Seversky Donets River. All the year you can find there what to do and how to have fun: kayaking, bike tours, hiking, as well as the lake and pine forest at the base.

Kitsevskaya desert is a unique natural area of Ukraine is not only a landscape point of view, but also from the naturalistic, because this kind of desert and steppe area is home to many rare species of insects, which are almost never found on the territory of Ukraine.

In short, do not get bored. The most important thing for lovers of modern literature, Sergei Zhadan native of Kharkov, and frequently gives concerts there, hold closed meetings for those who appreciate his work. Charge your camera and go on searching adventures.